Some of the organizers of Back to the Land 2.0 met this past weekend and got to work preparing the site. The outhouse is being dug, the cook area is being cleaned up, and brush being cleared. They have been firming up some of the workshops and divying up any volunteer tasks. (They could use volunteers if you want to offer, especially for meal preparation.
Below are some FAQ about the gathering and a list of workshops on Saturday, August 23 and Sunday, August 24 near Maynooth: 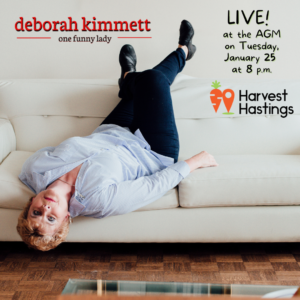 Laughs and Learning at the AGM!

We invite you to join us for our virtual AGM on Tuesday, January 25 at 8 p.m. Our guest comic Deborah Kimmett has been grown local! Originally from Napanee, she is one 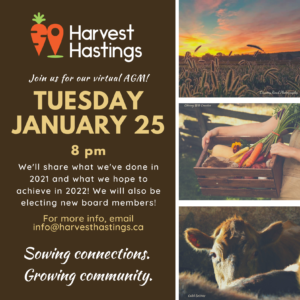 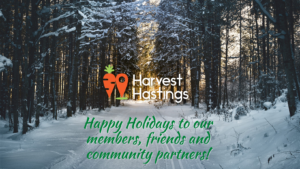 Join us for our virtual AGM on Tuesday, January 25! We’re looking forward to the New Year and have some exciting plans! Please