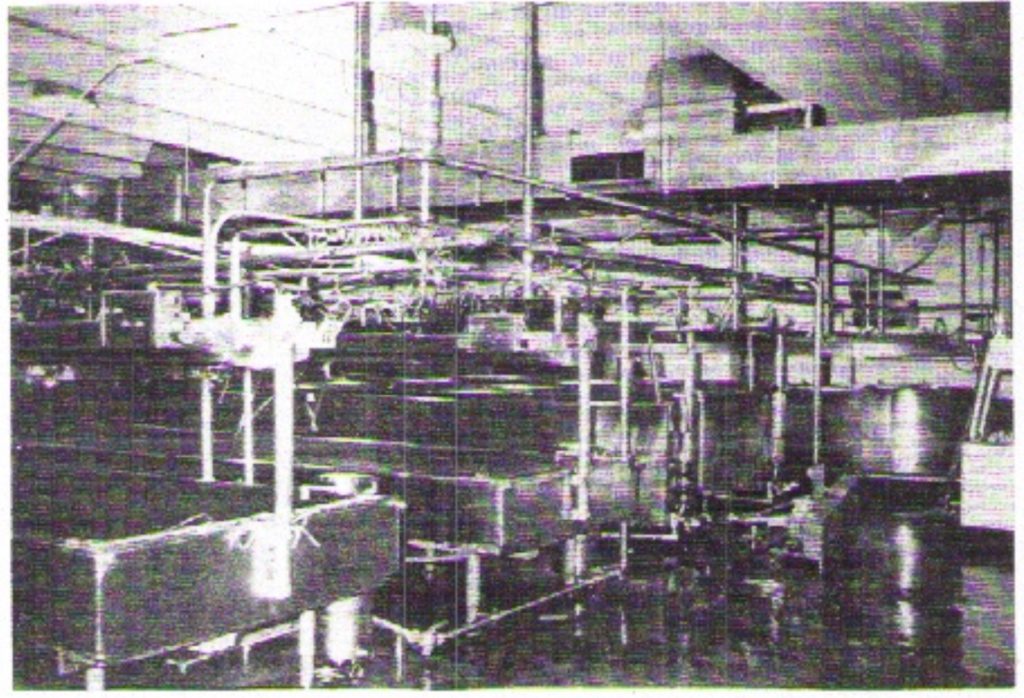 Earlier this year Dr Ramesh Jolly, who was a previous owner of Evergreen Cheese, paid a visit to Stirling and looked at his old factory, currently home to Stirling Surplus.  Dr Jolly has been in touch with Harvest Hastings and provided us with this article that was originally published in 1979 in Food in Canada Magazine.

Hastings has been known for its cheese for centuries, and Dr Jolly was a key example of innovative production in the area.

Operating under new ownership since mid ’77, a complete plant renovation and expansion program has seen permanent staff increase from four to thirty-two. During this period an extensive line of specialty cheeses has also been added to the company’s traditional product mix.

Originally written by Bob Barrett, Editor of Food in Canada

Stirling, Ontario – A change in ownership and a substantial infusion of private capital to support the construction and equipping of a 7,000 square foot ultra-modern processing facility addition, has translated Evergreen Cheese factory from a small operation into a major component of Ontario’s cheddar and specialty cheese production scene.

The transition began in June 1977 when Dr. R.C. Jolly (now Evergreen’s president) and his father-in-law, Mr. H. S. Liem, purchased the company from its previous owners. At that time plant production was confined to the manufacture of cheddar cheese only. Dr. Jolly, who holds degrees in food technology, dairy science and nutrition brought to his new activity an extensive food manufacturing and research background gained in the United States. And immediately brought his background and training into play with plans calling for a major plant expansion and product diversification program.

Actual renovation of the old plant and construction of the new additions commenced in April 1978 and all major activities were successfully completed in the latter part of July.

Construction activity consisted of two major projects. First the original plant was completely renovated and converted into a warehouse and cheese maturing facility. This area contains 5,000 square feet with roughly 80% being utilized for cold storage.

The second major undertaking was the construction of the 7,000 square foot one-story addition. Concrete block construction was utilized with epoxy coating on all exposed surfaces to ensure the building was both moisture and acid proof.

In commenting on the need for the new facility, Dr. Jolly stated, “We felt that building a completely new processing area was a necessary step in the right direction from a sanitation point of view. It also allows us to run a top-quality control program. Frankly, it is very difficult to properly control all aspects of sanitation and finished product quality in a very old plant.”

Cleaning and sanitation procedures at Evergreen are totally controlled by a carefully engineered clean-in-place system.

Since taking over the company Dr. Jolly has continued and expanded the production of cheddar and launched Evergreen into an extensive line of specialty cheeses including pizza mozzarella Colby, brick, provolone, brine brick, muenster, and American style mozzarella. Unfortunately, like many other Ontario based cheese processors, the milk quota imposed on cheddar production is limiting the company’s ability to expand operations to the full potential necessary for sound corporate growth.

In an effort to build their base for expanded cheddar production the company, late last year, obtained an additional cheddar quota through the acquisition of the Ben Gill Cheese and Butter Co-op. However, any benefit that could have been obtained from this investment was nullified at the end of 1978 when Ontario milk supply policies reduced the quota for cheddar by 11%.

Food in Canada asked Dr. Jolly how this quota cut was affecting his operations and on this point, he commented, “Of course all Ontario cheese plants were affected negatively by the quota cut. The reason given for the cut was that more milk is going into specialty cheese and therefore there is less available for cheddar.

However, from Evergreen’s point of view, we have invested a great deal of money in a cheddar cheese business and because of the new policy’s we cannot get an adequate return on investment. In essence we are being deprived of very necessary income because the quota is being reduced every year. It’s no good if you invest in one business and right off the bat lose 11% of your acquired sales volume. Frankly, if this reduction continues, we may never have the opportunity to get an adequate return on the money invested in acquiring both cheese companies.”

In the original operation cheese production was handled in the old traditional manner in small vats. The new facility has been equipped with both vats and cheese tables: a manufacturing philosophy which permits the application of modern and highly efficient cheese production technology.

The cheese processing lineup consists of three vats and two tables. Each vat can handle 30,000 pounds of milk, with each table designed to accommodate the production of 1 vat … about 2700 pounds of cheese. This particular equipment pattern complements the production of specialty cheese which can be moved through the production sequence at a much faster rate than cheddar. For a full cheder operation it would be necessary to have a table for each vat.

with this system Evergreen has the capacity to handle about one million £250,000 of milk per week on a 5 day to shift basis if the plant were into a 6-day production cycle it could handle some 1,500,000 pounds of milk per week.

other cheeses that go through the brining process but not the stretching operation include brine brick and muenster.

evergreens riding while not unique has seen only limited application in Canada to this date it is a pit system and a fully patented process in this unit the concentration of salt bride temperature and product sterility are all controlled automatically, and all three factors are critical in achieving a high uniform product quality.

The complete system consists of a specially constructed pit to hold the brine, a salt reservoir, filters, cooling system and a UV ultraviolet radiation unit through which the brine passes on a continuous basis. This last step ensures the complete elimination of any potential bacterial contamination.

At the conclusion of the brine treatment the cheese is then wheeled on the brining racks to the packaging area for further handling. The company is heavily committed to serving the wholesale market and in the process employs a number of different packaging systems and suppliers. All packaging materials are purchased from Win Pak Limited, Merry Packaging Limited and Cryovac

Most of the company’s 40-pound blocks are packaged on a Swissvac unit which vacuums and seals the plastic bag. In the case of provolone only, which is put up for wholesale in a 12 lb. loaf, a Cryovac bag is used which permits one further packaging step — heat shrinking the package in a hot water bath.

The company also moves a great deal of product into distribution in five-pound blocks. In fact, about 100% of its major specialty, part skim pizza mozzarella, is packaged in this manner.

All 5 lb. packages are handled on a Multivac unit supplied by Knud Simonsen Industries Limited Rexdale, Ontario. This unit forms, fills, vacuums, and seals the package.

Recently Evergreen has also started packaging all of its cheese types in a random weight — 8 to 10 ounces — vacuum package. In a move to develop a retail sales base these products are all packaged on the Multivac. At the time of writing this article the company had succeeded in gaining retail shelf space in its general area of operations and was beginning to move some products into the Toronto area.

After packaging, all cheese is moved to a chill room where it is held for two days at a temperature of 36 degrees F. From the chill room the cheese is then directed into cold storage. There are three separate cold storage areas which are held at different temperatures to provide the proper maturing environment required by different cheese types.

At the present time the whey waste by-product from the cheddar operation is trucked from the plant for disposal. Cream, which is the by-product of specialty cheese production, is sold to a Creamery for conversion into butter.

As to be expected in a company whose president has the extensive technical training and background of Dr. Jolly, a complete quality control lab was introduced as an integral part of the plant expansion program. Staffed by a Bachelor of Dairy Science graduate from the University of Guelph, the lab has the necessary facilities to look after all aspects of quality control. Tests are conducted on incoming materials and finished products are evaluated for moisture, protein, fat and bacterial quality. In short, the lab implements all of the critical tests that are so necessary in delivering a consistent high quality finished product to the marketplace.

In the short term future, the company intends to intensify its efforts to expand its retail sales base. There is also some study being directed at the possible introduction of a still greater range of specialty cheeses, and finally the company is thinking in terms of a further plant expansion to accommodate plans for even greater product diversification. However, any major expansion activity, certainly in the short term, will be dependent to some degree on whether or not Dr. Jolly is successful in obtaining government funding to assist in such a project. 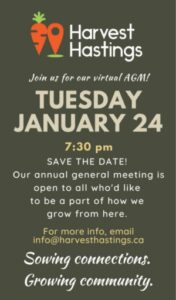 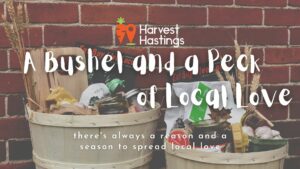